Katie Pipes hails from Modesto, California where she began dancing at the age of seven. She studied Cecchetti Ballet for eleven years while also taking Jazz and Tap in her youth under the instruction of Ms. Debbie Holtzclaw. She continued dancing throughout high school where she was introduced to Modern Dance as well. She began choreographing and teaching dance at her local studio while in high school and this is where she further developed her passion for dance.  Mrs. Pipes continued to dance at the University of California, Santa Barbara in 2000 under the guidance of acclaimed dance professors, Valerie Houston and Christopher Pilafian. From 2000-2004 she danced in several dance companies, including Pulse Dance Ensemble and Blueprint Dance Company, both contemporary dance companies based out of the Sacramento area.

Today, Katie has been teaching dance at Helix Charter High School since 2007 where she oversees the dance department as the Artistic Director and Program Director.  Mrs. Pipes received her Master of Arts in Dance at California State University, Long Beach in early 2014 where she studied under Andrew Vaca, Colleen Dunagan, Kim Davis, Sara Pfeifle Gallo, and Sarah Wilbur.
Mrs. Pipes loves being able to share her creativity and passion for dance with her students and the La Mesa and Diego communities. 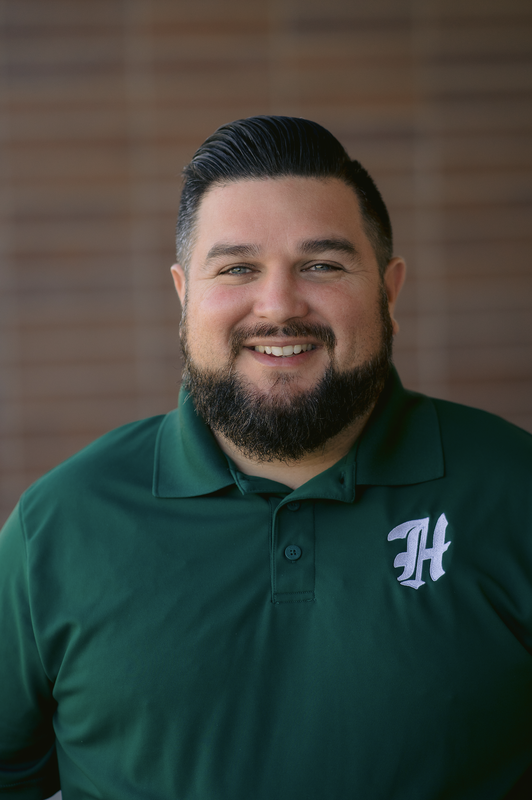 Michael Benge comes from an extremely diverse background of professional music making and music educational experiences and is a deeply entrenched in the Southern California Music scene. As lead trombonist and arranger for the B-Side Players, Michael performed extensively throughout the United States and Mexico and continues to work in collaboration with the 9 time San Diego music award winning band. Michael has performed, collaborated or recorded with major music staples ranging from the La Jolla Symphony Orchestra, various major musical pit orchestras, Quino of Big Mountain, Slightly Stupid, P.O.D, Johnny Clark, Norris Reid, Toots and the Maytals, Chunky Sanchez, Son Mayor, Javier Cabaneas, Gilbert Castellanos and Poncho Sanchez. He was also a featured performer for Yamaha Corporation of America at the NAMM (National Association of Music Merchants) convention in Anaheim California and is proud to have the honor of being a Yamaha performing artist. Michael has founded and directs multiple performance and music educational groups. Michael is the director of Trece De La Suerte, a bi-national 13-piece salsa band along with the San Diego Latin Jazz Collective and has performed in Latin America and the UK. Michael serves as musical director and arranger for La Cura Latin jazz project based in San Diego California. Michael also serves as an on going collaborator with the world renowned Dallas Brass, mainly in education outreach programing and artist relations.

Currently Michael works as a studio musician in the Los Angeles, San Francisco, San Diego, Tijuana and Ensenada areas and has been featured on several albums and recorded commercials for such businesses as Olive Garden, Pizza Hut, Cannon, Nikon and the Del Mar Race Track. Michael is also a member of ASCAP.

Michael studied trombone performance and music education at San Diego State University and is heavily involved in music education. Michael is one of the Directors of Instrumental Music at Helix Charter High School. During his tenure at Helix Charter High School, the bands and orchestra have and continue to receive superior ratings at festivals, performing multiple corporate gigs for hire, and performing all across England and Scotland while the percussion program has flourished, bringing in multiple back to back championship titles. He has also served as chair of honor bands and orchestras for the Grossmont Union High School District’s board of band directors. Prior to Helix, Michael has worked with several great southern California programs like Mt. Carmel High School, Bernardo Heights Middle School, Westlake High School and Newbury Park High School. Michael is a member of the Southern California Band and Orchestra Association (SCSBOA), California Music Educators Association(CMEA), Jazz Educators Network (JEN), American Drumline Association (ADLA), Winter Guard International (WGI), and the Jazz at Lincoln Center Essentially Ellington Program.

In addition to public education, Michael has worked with several highly competitive youth arts organizations and currently the brass caption head at Vessel Drum and Bugle Corps. Michael also worked with Gold Drum and Corps, the Alternative Percussion Ensemble and San Diego Alliance Drum and Bugle Corps. Many of his students moving on to being DCI AND WGI finalists. Michael has setup and directed several honor groups, clinics, and master classes, and connected students with some of the countries top performers, conductors, and educators.

Michael continues to grow. He is now highly sought out has as a guest artist, performer, clinician, conductor, and judge at the middle school and high school levels. In addition he is sought out as a guest lecturer the university level. Michael has an unrelenting passion for music education and providing amazing performance opportunities for students of music. Michael has collaborated with top artists like Grammy Hall of Famed, Poncho Sanchez, to give young and upcoming student musicians an opportunity to perform quality concerts and share the stage alongside musical heroes and giants.

Rachel Casey started her musical journey when she was just 7 years old and eventually attended the nationally recognized, grammy nominated Mt Carmel High School, in San Diego, California. She excelled at the french horn and was a member of the All-Southern California Honor Band for four years, the California All State Honor Band for two years in a row and a member of the All State Honor Orchestra and All National Honor Band her senior year.
Upon graduation, Rachel received a scholarship to attend the prestigious school of music at Indiana University in Bloomington receiving a B.M. in horn performance. There, she studied horn under Michael Hatfield and Jeff Nelsen of the Canadian Brass and was awarded the opportunity to study horn performance abroad at IES Vienna.
Rachel has over  fifteen years of teaching experience and earned a Masters of Education in 2018. After graduation, she returned to Mt. Carmel High School as assistant director of bands earning numerous awards and multiple championships over her ten year tenure.
In 2018, she was awarded a directorship at Helix Charter High School, one of Southern California’s most prestigious programs. While at Helix, the music program has flourished and earned numerous awards over the last several years.
In addition to public education, Rachel has served as a choral conductor at Hope United Methodist in Rancho Bernardo. Rachel has also served as a judge for the American Drumline Association since 2011. Rachel has her own horn studio and is one of San Diego’s most sought after private instructors. 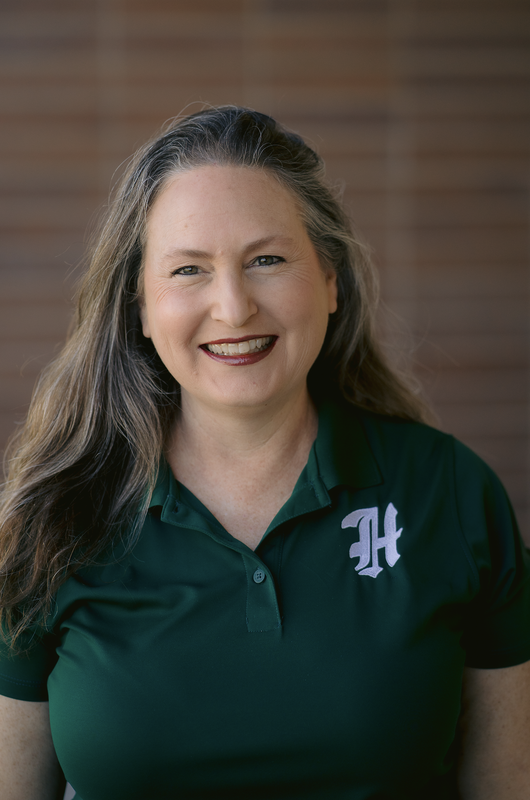 Michelle Tolvo-Chan has been teaching vocal music in California public schools for over 20 years. Michelle has directed many award winning groups, including Bonita Vista High School’s “The Music Machine” and “Sound Unlimited”. In 2004 she was awarded a Masters of Music degree in Choral Conducting from San Diego State University, and a year later began working for the Walt Disney Company, where she was both a Stage Manager and Guest Talent Coordinator for performing groups from dance teams to choirs to marching bands performing at the parks and resorts. Michelle was also a music professor at Southwestern College and San Diego Christian College. In addition, Michelle has performed with the Southwestern College Concert Choir in the Notre Dame Cathedral in Paris, the Sydney Opera House, the Apollo Theatre in Syros, Greece, Saint Peter’s Cathedral at the Vatican in Rome, Italy and New York City’s Carnegie Hall…twice! In addition to singing with Southwestern College Choirs since 2002, Michelle has also been singing professionally with the “Full Measure Carolers” since 1998. Michelle is currently the director of vocal activities at Helix Charter High School in La Mesa, where she directs 4 award winning choirs as well as vocally directing several of the Highland Players musicals. Michelle continues to be active in the vocal music community, coordinating clinics and exchanges with choral directors and departments at La Mesa Arts Academy, Point Loma Nazarene College, Southwestern College and San Diego State University.

After completing his Bachelor of Arts in Theater from San Diego State University, Paul moved to New York City where he taught elementary school as a New York Teaching Fellow, completed the coursework for a Master’s of Education at Hunter College, and watched the Broadway production of Phantom of the Opera most Monday nights.

After three years in New York City, Paul returned to Helix, accepting a position as an English and Theater teacher. Since 2005, he has regularly taught 9th grade Honors English, 12th grade Literature of Hip Hop, and a variety of theater courses, including Theater 110 through Grossmont College.
​
As the co-Artistic Director of the Highland Players, serving alongside his friend and mentor Gregg Osborn, Paul has directed more than 25 productions at Helix and served as technical director on dozens more. In 2017 and 2018 he won back to back National Youth Arts Theater Director of the Year awards for his productions of In the Heights and Mr. Burns, a post-electric play.
​
Paul lives in City Heights with his wife, Amy, and his children Lucy and Gideon. 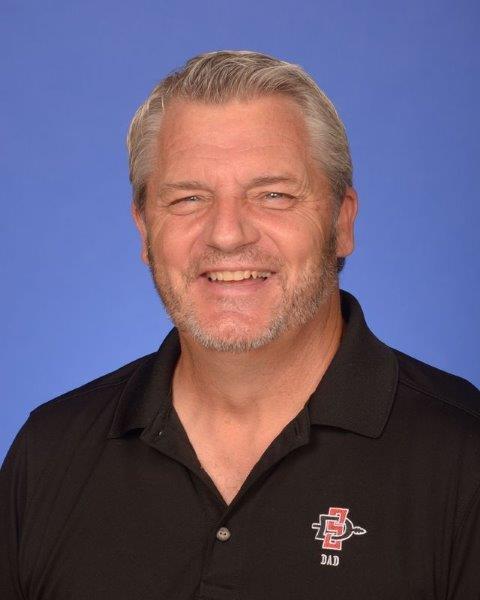